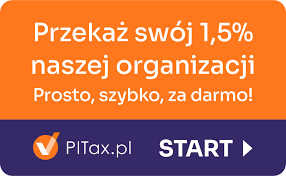 Issue 6 2019 of New Eastern Europe takes a look at the new faces coming on the scene in the region and asks to what extent these new faces represent real change? Is this part of a wider trend that indicates deeper social change or is it more of the same, with just an upgraded, modern look?

The year 2019 has certainly been a year of change for the region of Central and Eastern Europe. The most spectacular has been the meteoric rise of Volodymyr Zelenskyy in Ukraine – who won the April presidential election with 73 per cent of the vote. His new party, named “Servant of the People” after his popular Netflix series and made up of many political novices and outsiders, won the snap parliamentary elections this past July – handing Zelenskyy an exceptional amount of power.
Beyond Ukraine, another unexpected change seen this year was the anti-oligarch coalition of pro-European reformers and the more pro-Russian socialists in Moldova, breaking the status quo in that country and bringing new hopes for progress. Another shock came in Kazakhstan when Nursultan Nazarbayev, who ruled the country for 30 years, suddenly announced his resignation. New faces also emerged with presidential elections in Slovakia, which saw pro-environmental lawyer Zuzana Čaputová win an unlikely victory, as well as in Lithuania with businessman and political newcomer Gitanas Nausėda moving into the presidential palace in Vilnius.

Of course, we still have many of the same old faces in the region as well. Most notably is Alyaksandr Lukashenka in Belarus – a man who has been in power for 25 years. Yet, his aim of stability for the country has been a delicate balancing act. While in Georgia, the society is becoming fed up with a lack of options and a stagnating socio-economic situation – as seen in the unrest that exploded in Tbilisi over the past summer. Even Vladimir Putin’s grip on power in Russia is being questioned after protesters defied authorities in Moscow.

All of this has led us to ask the question as to what extent these new faces represent real change in the region? Is this part of a wider trend that indicates deeper social change or is it more of the same, with just an upgraded, modern look? These are the questions that we, together with our authors, explore in this closing issue of 2019.

Identity politics is nothing new A conversation with Francis Fukuyama

A cold summer in Russia. A new wave of repressions and the rise of solidarity Artem Filatov

Shadow of a bear. How Viktor Medvedchuk turned from a marginal man into a grey eminence in UkrainePetro Bilian

We want to transform Ukraine A conversation with Sviatoslav Yurash

The downfall of a captured state Denis Cenusa

From revolution to politics Mateusz Kubiak

Big brother to the rescue? Can artificial intelligence help in Ukraine’s fight against corruption?Kristina V. Arianina

Intermarium in the 21st Century. A new path for Europe? Nick A. Cohen

A tale of two cities? Gabriele D’Annunzio in Rijeka and Fiume Jonathan Bousfield

Europeanisation is more than about the EU James Baresel

Between the hammer and the anvil Daniel Gleichgewicht

A volunteer’s journey to hell and back Maria Suchcitz

When Lviv became a city of angels Nataliya Parshchyk

Special section: From the Weimar Republic to the outbreak of the Second World War

Hostage to the generals Andrzej Zaręba