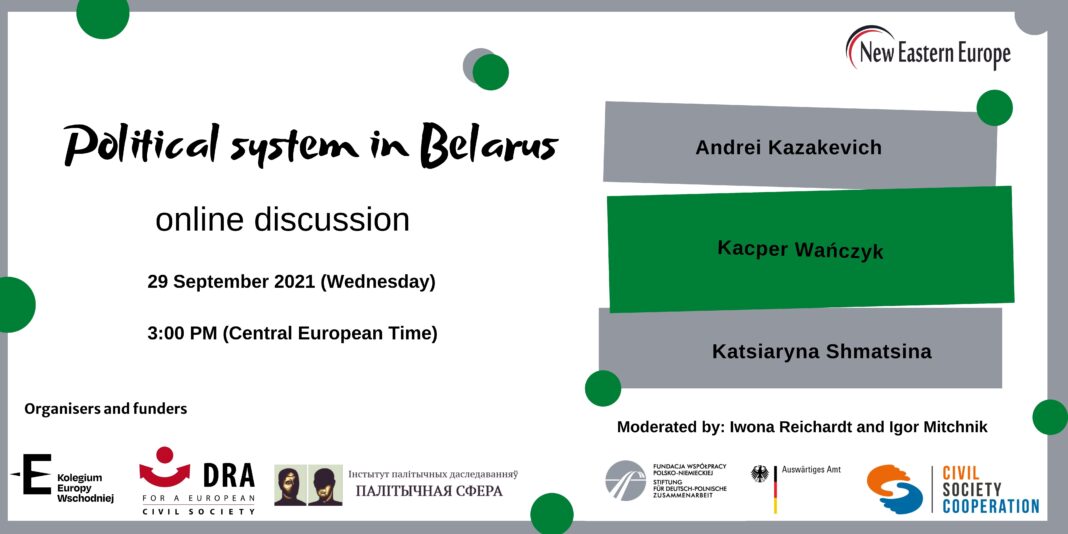 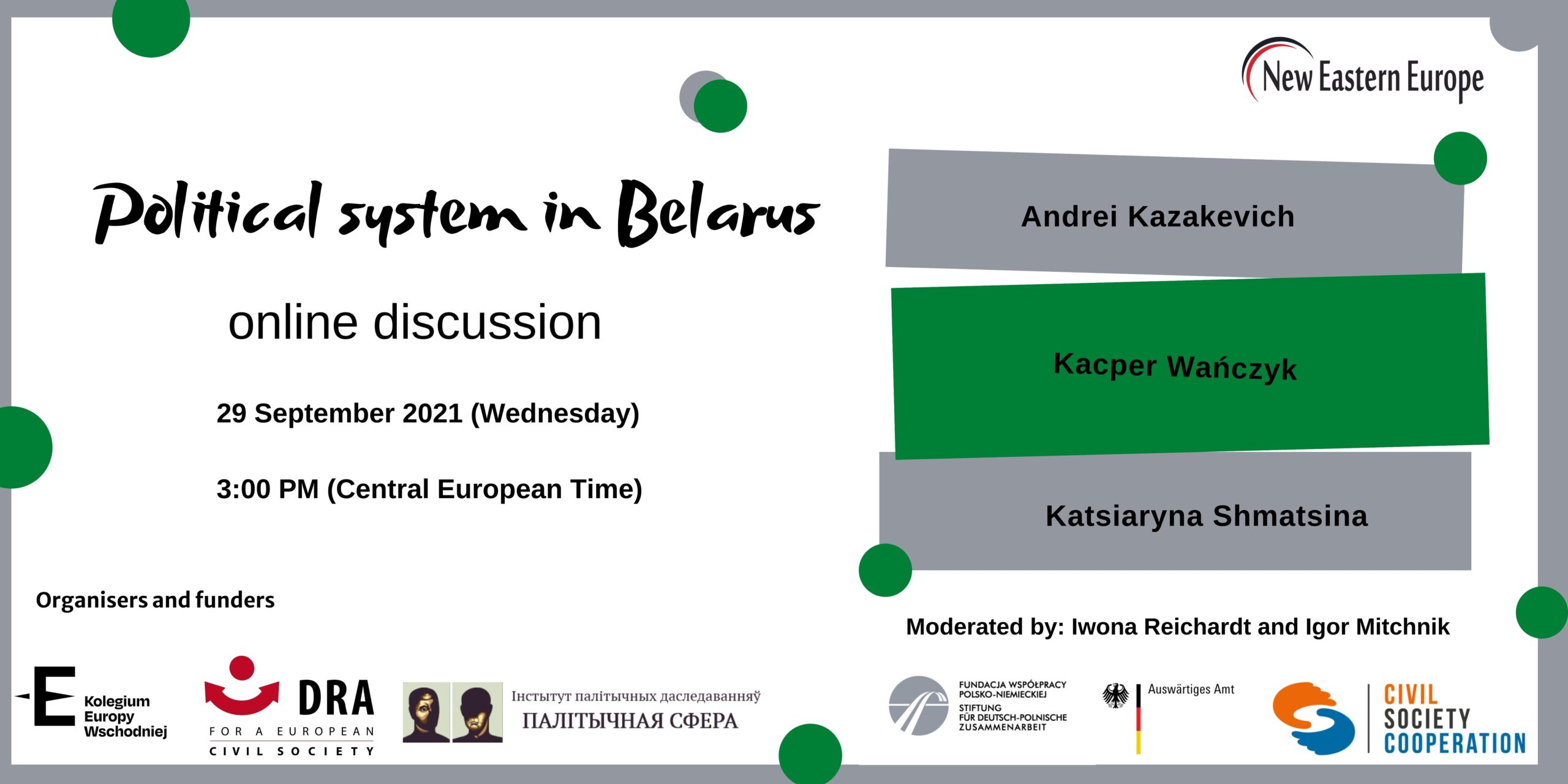 155 155 people viewed this event.
Join us for an online discussion on the current political system in Belarus. The event will take place on 29th September at 3 pm CET in English
Speakers:
Andrei Kazakevich – Director at Institute of Political Studies “Political Sphere”
Katsiaryna Shmatsina – fellow with the German Marshal Fund
Kacper Wańczyk – lecturer at the Centre for Eastern European Studies
The discussion will be moderated by Iwona Reichardt, New Eastern Europe and Igor Mitchnik – Swiss-German NGO Libereco – Partnerships for Human Rights e.V.

The discussion will be conducted in English.

The discussion is a part of a larger project “Belarusians. One Year in Protests” which is carried out by the Jan Nowak-Jeziorański College of Eastern Europe and co-financed by the Foundation for Polish-German Cooperation via the grant line „RAZAM-RAZEM-ZUZAM”, funded by the German Federal Foreign Office in the framework of the program “Support for Cooperation with Civil Society in the Eastern Partnership and Russia.”

To register for this event email your details to office@kew.org.pl

Freedom of Speech Under Duress – The case of Belarus, Poland and Ukraine

Freedom of Speech Under Duress – The case of Belarus, Poland and Ukraine